Skip to content
Ocean Energy: Leading the future of the power source

Ocean Energy: Leading the future of the power source

Our civilization has managed to consume an average energy per person 50 times higher than the one needed for our own feeding. Though that huge amount of energy is negligible compared to the energy that comes to us from the sun, which is several thousand times larger, and albeit it is almost 10 times lower than the nature’s capacity to sequester the produced CO2, it is still much higher than the differential sequestration/emission of CO2. We live in an ecosystem where CO2 concentration is measured in ppm, and we are increasing the CO2 concentration by 2ppm every year in the atmosphere, representing a 0.5% increase per year!

Besides, fossil fuels are finite. Although the hydrocarbon reserves known today allow us to endure only 50 years, such margin has been maintained for decades thanks to the continuous exploration. Still, we must realize that the fossil fuels shortage will be an obstacle sooner or later, as it was right before the Great 2008 financial Crisis. The crisis changed the paradigm of its “depletion”, to a new status in which hydrocarbons will not end, but instead we will stop burning them.

If the fossil fuel consumption continues increasing at today´s rate, it is foreseen that before we finish with the hydrocarbons, we will reach CO2 concentration values similar to those of the Jurassic period. And way before that, we will undoubtedly observe its effects. We will probably then see a firm prohibition of burning fossil fuels, a disruptive change today hard to imagine, even though Covid-19 has taught us to expect the unimaginable. But with today´s technology and the ones to come, we have the opportunity to produce renewable energy at a cost equivalent to that from burning fossil fuels. So for the first time in a hundred years we can stop the CO2 increase and reduce its impact on the world mean temperature.

The Dominant renewable energy sources are wind and sun. It is a combination of both that will produce most of the future world energy. Besides, we may also produce biofuels. However, these fuels may remove the fertile land that will eventually be needed to feed an increasing global population. Nevertheless, many biomass residues can be converted into energy as well. Fortunately, solar energy can be produced taking advantage of the bad soil. By just using 1% of the uncultivated land we can satisfy our power demand. Note all our crops combined would only satisfy 10% of our energy demand, and we would actually use a lot of energy to get it.

In Spain, solar energy has a great margin to grow, especially with the low costs induced by photovoltaic cells, their mass production and simple technology. On a different hand, thermal plants have the possibility to store the energy in special material tanks, recovering the energy when there is no sun. Onshore wind energy is very well developed, with several days a year producing 50% of the Electrical Power. The best locations are already in use and others have been curtailed due to environmental issues. Notwithstanding the fact that many other suitable locations will be developed, the future of wind energy is at sea, where the conditions to get it are even better: more speed during more time and of better quality.

The combination of water, sun and wind, both onshore and offshore, will be able to sustain the energy demand many hours per year. But for those times lacking these sources, storage facilities of an hydraulic, thermal, electrical or other nature, in combination with conventional fossil fuels (mainly gas), will provide the necessary means to guarantee a continuous electric service.

The learning curve for offshore wind is underway, as it has been the main renewable energy source for several decades, setting aside hydraulic energy, of course. Therefore, it is currently the scale factor that is mainly helping to reduce costs, combined with the mass development of the industry, which has allowed manufacturing, installation and operational costs to be reduced in very significant percentages. Nevertheless, if today we can produce renewable energy on land at competitive costs compared with fossil energy, offshore wind energy still requires support, with a price per kW·h slightly above the market pool price.

Only a few countries, such as Denmark, the United Kingdom or Germany are making an economic effort that will result in improvements for everyone in this field. If we talk about Spain, more than ten years ago we had the commitment to install 3000 MW of offshore wind when the photovoltaic and solar thermal were only 400 MW. Besides, the price of solar was three times more expensive than that of the offshore wind. But solar energy was developed ten times more than its planned power, whilst offshore wind did not see a single kW installed, and not because there were no projects or technology!

In the new Spanish energy plan, the renewable energy installed power is intended to be multiplied by three. This mostly affects onshore wind and sun, but there is no mention at all about offshore wind. Quite recently, an information request was made to provide support to the offshore wind, focusing on floating installations as these suit much better our continental platform conditions, together with H2 production, as this can help long-endurance transportation systems, like nautical and aeronautical. 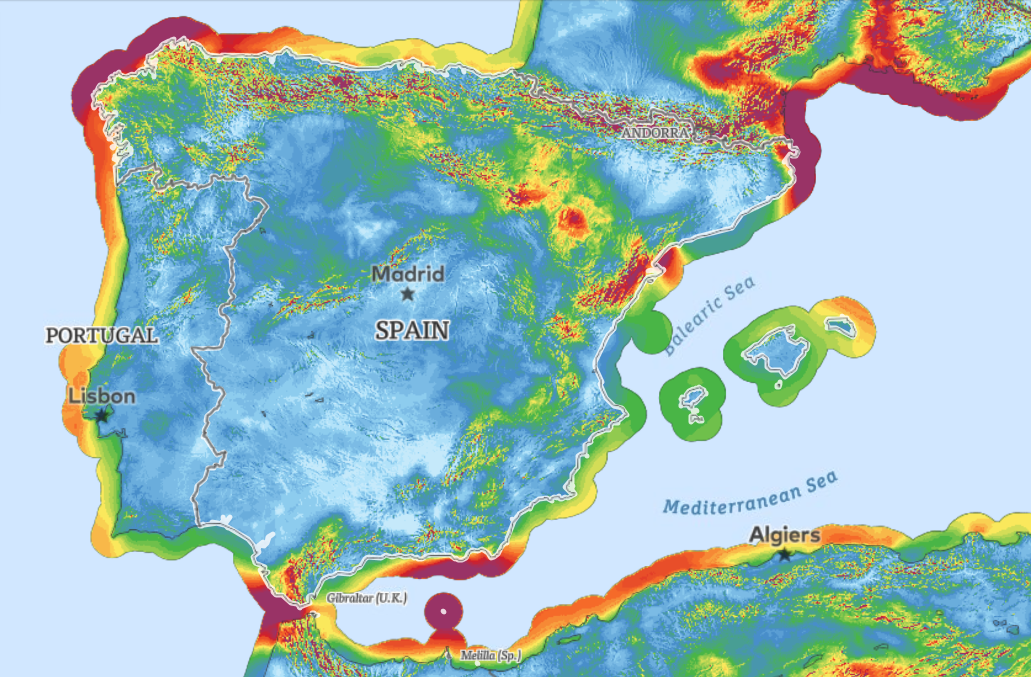 There is no doubt that a relevant part of the energy needed should come from offshore wind, not only because of the reasons set above, but also because it reduces the total storage needs. Keep into account that storage can increase 2 to 4 times the cost of renewable energies. So what is the total offshore wind power to be installed in Spain? Only time will tell; however, 10,000 MW of offshore wind seems feasible.

Offshore solar does not seem an option on a large scale, although two thirds of the planet surface is covered by water. The option of covering swamps and other freshwater reservoirs with photovoltaic cells, could be a great advantage in some areas, although the environmental impact would not be small.

Tidal and current energy is feasible with remarkable efficiency in certain locations, albeit slightly more expensive than offshore wind. We are already seeing, and probably will continue to see the best progresses in this sense in West Europe, where tides are among the best in the world. Tidal barrages will probably not be developed further due to its environmental impact, and thus kinetic devices will be the safest bet. Still, the highly sinusoidal behavior of tides hinders the capacity factor the machines in this industry can provide in pure tidal locations, limiting the LCOE improvements. Ocean currents, like the Gulf Stream in the Strait of Florida, or the Agulhas current in South Africa, are however smoother, and may be easier to harness. In Spain, the Strait of Gibraltar has an interesting combination of tidal and ocean flows that seems slightly low for the commercial application of current technologies. We will see how solutions develop in the coming years.

Wave energy, despite its high energy density or perhaps because of that, will continue to be the subject of countless mechanisms, almost all of them capable of recovering energy, but all of them victims of the stresses produced by the wave load cycles and the extreme hurricane loads.

The future is challenging for Ocean Energy developments, as technologies naturally increase their price as we wet our feet. Still, the amount of power is tremendous, and the energy mix requires diversification, so there is no doubt the future of renewable energy shall not turn its back to the Oceans. 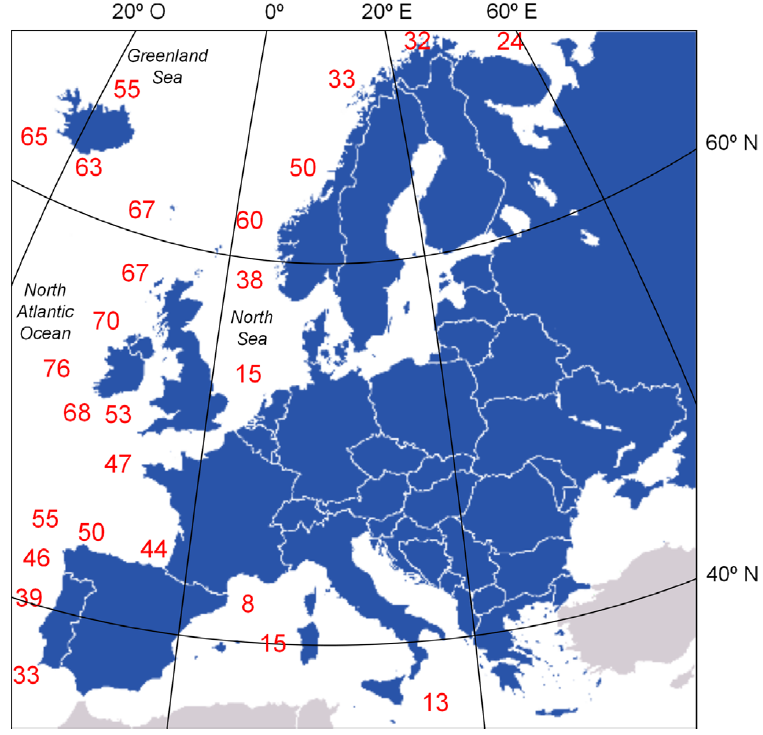